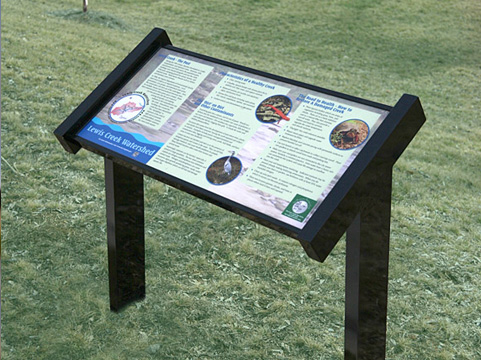 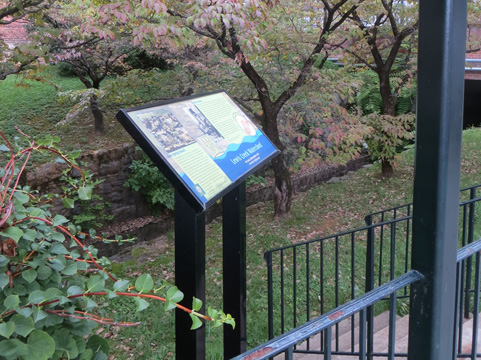 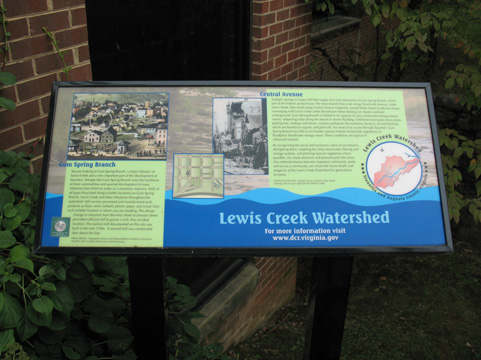 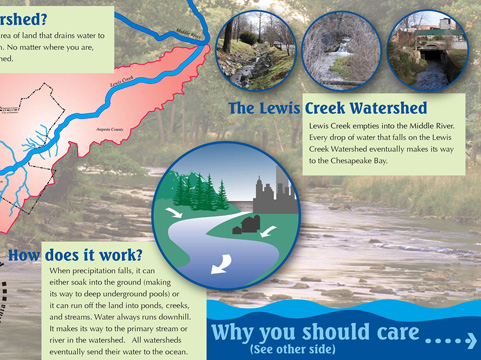 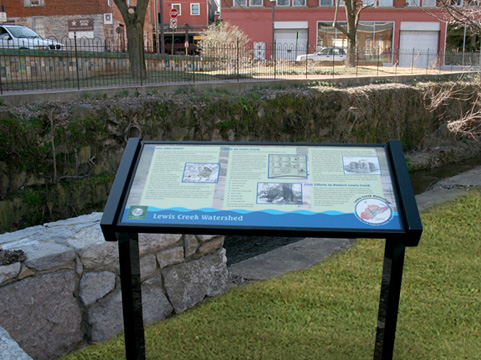 As a part of its effort to promote and create public awareness of conservation in the Staunton and Augusta County area, the Augusta Garden Club initiated a series of signs to educate the public about the Lewis Creek Watershed. The idea for this project was spawned by local efforts to clean up Lewis Creek by the private sector and the City of Staunton and was intended to enhance the on-going efforts of the Lewis Creek Advisory Committee.  The goal of the signs was to help build and sustain an informed and active citizenry with specific information about the watershed ecosystem that flows throughout the city of Staunton.  The Club hoped to increase awareness of issues affecting water quality for the benefit of not only those in the 28 mile Lewis Creek Watershed, but also all human, plant, and animal life downstream throughout the city and county.

Five key locations, at highly visible, pedestrian oriented sites, were selected along Lewis Creek or its tributaries.  Sites for the signs were also chosen for their visibility of the Creek and/or related clean-up efforts.  Four of these are located in the downtown area, while the fifth site is along Bells Lane, a more rural and pedestrian recreational area of the city. The first sign was installed in Gypsy Hill Park through which a branch of Lewis Creek runs.  This sign defines a watershed and its impact on water quality for all.  The Central Avenue and Mill Street signs illustrate the historic importance of Lewis Creek to the development of Staunton and its relation to early industry. They highlight the multi-purpose mills that powered the local economy by grinding grains for flour and meal, plaster for fertilizer, sawing and planing wood, powering iron production, and making paper and carded wool. The Churchville Avenue sign discusses the elements of a healthy creek and the measures to restore that health, such as eliminating contaminants and “lighting” or opening up covered areas of the creek. The final sign installed on Bells Lane illustrates the protective measures taken through a riparian easement and buffer planting to restore and protect native wildlife on over 60 acres along this rural road within the city limits.

Members of the Augusta Garden Club’s Civic and Community Projects Committee worked with the City of Staunton to coordinate the locations and installation of the signs.  The signs were professionally designed by Frazier Associates to coordinate graphics, content and materials.  The project began in 2006 with the final sign designed in 2012.  Funding for the project, with the exception of City installation work, was provided exclusively by the Augusta Garden Club, a charter member of the Garden Club of Virginia.